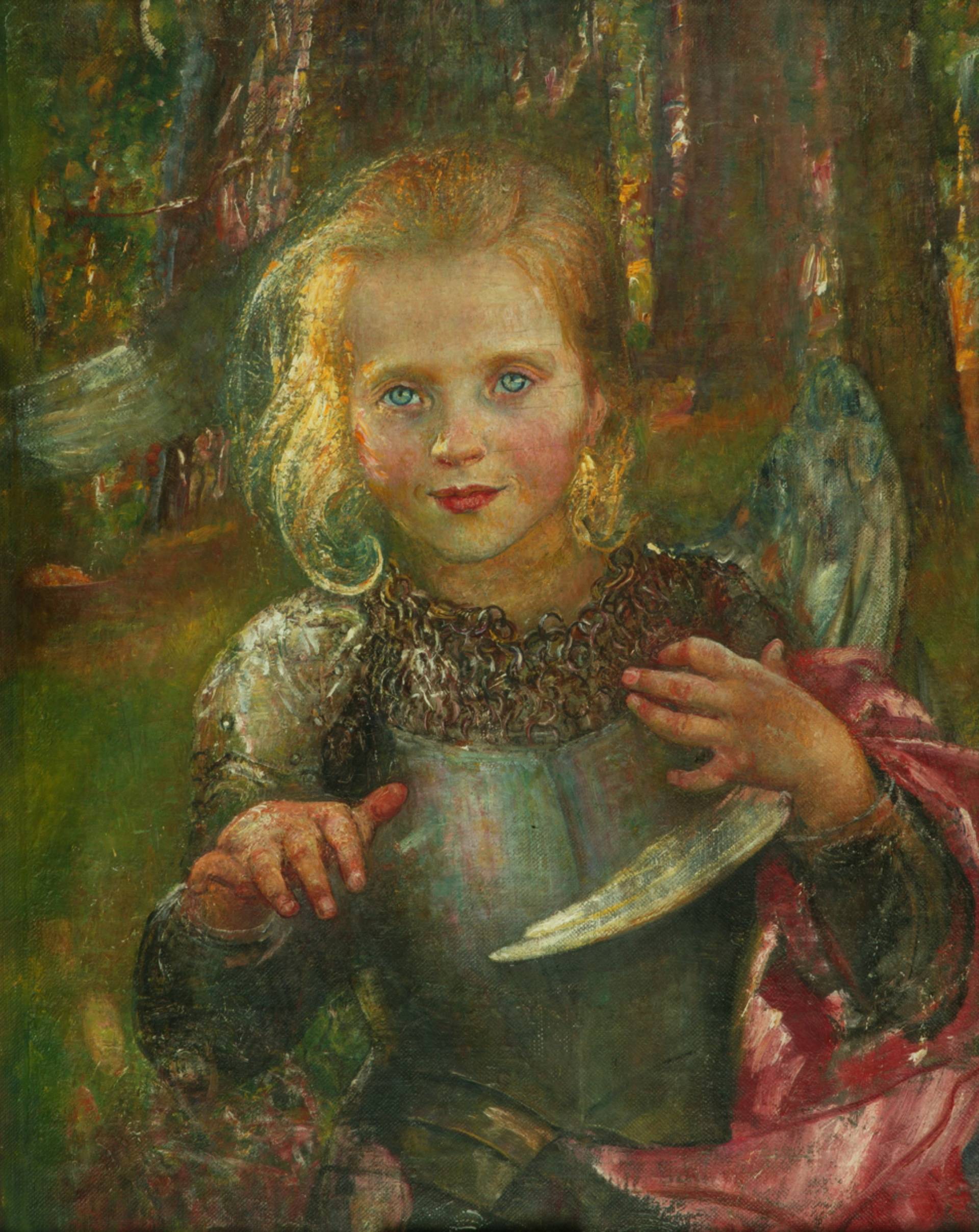 Annie Swynnerton was the first woman to become a member of the Royal Academy of Arts. Illusions,   the picture above,  is one of her paintings of young girls or women in armour, maybe in preparation for her Joan d’Arc – but this girl has wings – a winged, armoured, blue-eyed little girl in a wood, her expression serene and confident.  May it be that Swynnerton had valkyries in mind? It wouldn’t be so strange for a late victorian to be fascinated by germanic mythology. Whatever the artist’s intentions, this is one of those cases in which  I agree with the opinion that it is the viewer (or reader) that determines what a work of art means, so here you are: a child valkyrie in a northern wood. Someone should write a story about her.

I would like to learn more on this artist: I saw her  exhibition at Manchester Art Gallery the other  and I found them very good.

A post scriptum on valkiryes: the word means “choosers of the slain” , as they   were supposed to  choose those  who died bravely and could go to Valhalla (The hall of the slain);  valr is the Old Norse  word for the slain in battle, and kyria (alternative form of kyosa) is “to choose”. In Old English the verb to choose is ceosan, but the word valkyrie was probably a loan from the Scandinavian language.